Adults today can still remember what it was like to be young kids even if it is just but a distant memory. It is a fun and enjoyable experience especially that you have little worries and only thought about playing the entire time. However, not all kids are fortunate enough to enjoy that carefree and sheltered life. Many children today are exposed to violence or aren’t given enough attention or needs are unmet because some parents are not just ready for this added responsibility they have so willingly made. Even back then, there were already children who suffered from poor mental health although it wasn’t given much attention nor hyped up because the technology back then was limited and people weren’t as connected. 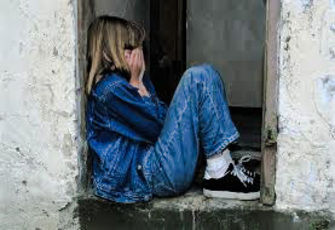 1 in 10 children suffers from mental health issues. It can be attributed to simply anxiety yet it can lead to something more serious like depression or any behavioral or conduct disorder. Most children do not receive treatment mainly because it is often overlooked by their parents or guardians and these youngsters fail to verbalize their feelings enough to raise the alarm bells that warrant medical attention. For most people, physical health comes first but what many fail to realize is that mental worries can transform into physical symptoms as well and can take a toll on anyone’s health.

Nearly half of American children have faced at least one traumatic experience, such as the death of a parent, witnessing a violent crime or living with someone who is suicidal or abuses drugs or alcohol, new research reveals.

These events can trigger high levels of stress, which can have serious and lasting effects on children’s development, heath and overall well-being, according to researchers at the Johns Hopkins Bloomberg School of Public Health.

They noted, however, that effective parenting, supportive neighbors, involved schools and teaching kids how to be resilient can all help reduce these harmful effects.

“Every child deserves a healthy start,” said Richard Besser, president and CEO of the Robert Wood Johnson Foundation, which funded the research. “A loving home, a good school, a safe neighborhood — these things are the foundation for a long and happy life, yet too many children don’t have them.”

Children aren’t matured enough to help them better handle adversities or understand that they should not always be defined by the unfortunate circumstances they are in. These traumatic experiences can scar a child for life and have a big impact on the way they grow up or mess up their perspectives on life. As they enter their teens, they began to channel their negative thoughts and feelings on even more destructive interests like vices such as smoking, alcohol, and drugs. No child is spared when it comes to violence regardless of race, religion, or status in life and that what’s even more disconcerting. Imagine having millions of kids suffer in silence, feeling hopeless all the time and bottling up negative emotions over the years.

More than 200 Galway children with mental health problems have waited over a year for an appointment with local psychology services.  The lengthy waiting lists exist, despite €17.6 million of mental health funding earmarked for Galway and Roscommon over three years, having been returned unspent to central government.

The long waiting lists in Galway, and some other counties, has prompted Fianna Fáil to claim that there is “effectively an Eircode lottery” in primary care psychological services in this country.

The wait of more than a year is just for an initial appointment to assess what supports they require.

Here is the bigger problem now. For those who finally have the courage to speak and seek help, they actually have to wait for at least an entire year before they can even secure a consultation. It may sound incredulous but that is the reality faced by many young and mentally-troubled children nowadays. The fund is there but it’s the management that takes full responsibility for this backlog that may be costly to the health and lives of children who should live a happy and carefree childhood instead.

It is also happening in different parts of the globe. What’s worse is that many nations actually do not have the money needed to fund basic healthcare services needed by the youngest vulnerable group on the planet that can shape the way their lives are taking. If children are the future of this planet, our future won’t be a bright one if we don’t get to the bottom of these issues while we still can and they don’t grow up to be delinquents who are full of hate and angst.