Terrorists love attention. Aside from their religious extremist views, capturing the attention of the world is what they live for the most. They love spreading hate and terror from people of all walks of life, especially in most progressive nations where their terror acts are highly frowned upon. News travels fast in an age where social media and the Internet rules. You can stay updated on current events in various corners of the world and even watch the story unfold in real time in front of your screen, whether on a laptop or your good old TV. 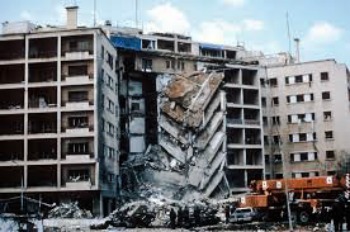 Aside from the web, the people hear these stories first from the media. Considered as the fourth estate, the media/ the press/ the print journalism have a big influence in society. It is no longer just confined to printed news since the media we know of these days can be anywhere from the TV daily news and radio news that have online outlets where people can easily access and get their daily dose of news from.

Propaganda of the Deed

Terrorism couldn’t exist without the media. Throughout history, people have killed civilians to achieve political objectives, but the unique form of violence known as terrorism is inextricably linked to the media. In fact, the concept of terrorism only emerged after the advent of the mass media, when advances in technology enabled rapid and broad dissemination of news. It began with the printing presses during the Industrial Revolution, which made mass publication significantly faster and more cost efficient, resulting in the wide circulation of daily newspapers, especially in cities. As news agencies became wire services (which sent news stories over telegram lines), news of events was distributed even more rapidly, first at the national level and later globally because of undersea telegraph cables in the second half of the 19th century. These technological advances raised the global awareness of news events to levels never before seen, completely changing the concept of news coverage. The growing media capability also led to greater competition as rival news organizations vied for larger market shares and audience attention. This fostered sensationalism and ushered in the age of yellow journalism, all in an effort to boost sales.

These dramatic changes in the news media were not lost on radical political ideologues, who observed the way the media was able to amplify the impact of their attacks. By 1885, anarchist Johann Most declared, “we preach not only action in and for itself, but also action as propaganda.” Terrorist attacks were now acts of propaganda — or “propaganda of the deed” as they became known.

If that’s not enough proof that the media is a big factor in the prevalence of terrorists these days, then I don’t know what is. Unwittingly or perhaps with their knowledge, the media operates alongside terrorists in spreading confusion and panic among the people. The media delivers news in real time even without verifying the facts, which may, in turn, spread false data that the terrorists can use to their advantage to destabilize the government and play around with the people’s emotions.

News coverage of the Manchester terrorist attack was sadly familiar: cellphone videos of screaming victims; details of first responders’ hectic efforts; “Was it terrorism?” guesswork; speculation about the perpetrator. In this case, the horror was amplified by so many of the killed and wounded being young people.

Since the 2001 terrorist attacks on the United States, covering the type of violence inspired by al-Qaeda or the Islamic State (IS) has become a staple of the news media’s repertoire. Collectively, this reporting increases the public’s sense of vulnerability: An evil is out there, unpredictable and ferocious, sure to strike again.

But what’s behind that evil? When I watch or read mainstream news coverage of the attacks, they tend to treat them as distinct events, much like a train wreck or bank robbery.

Journalists should be responsible for reporting facts and as much as possible try to contain their emotions and opinions to themselves unless asked to or end up giving a biased reporting that can make things worse than it already is. Although we condone these acts of terrorism, we can’t generalize the entire Muslim population and persecute them for the mistakes of the few. That’s when more hate and prejudice arise and end up in even more religious terroristic acts.

The media is a powerful entity and people rely on them for news. It’s why they should bear in mind that whatever they say or show on TV or write on the print will sometimes be taken by their readers or viewers as the “holy grail of truth”. We can only wish for peace on earth now that acts of terror happen almost every day in various places of the world and hope that the media finally understands how important their role is in the occurrence of these terror attacks as a whole.