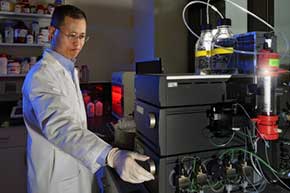 Neither pure technology (no matter how powerful) nor traditional business thinking (no matter how successful in the past) will produce winning strategies as the 21st century approaches. Such rusty thinking will not even allow us to make sense of the terrain in which business and technology mix with fractal intricacy.

These are the conclusions of our editors, who have worked for nearly a year researching and writing, Winning in the 21st Century. Our editors have scoured the 2-D landscape at ground level, with results that are provocative, stimulating, and packed with useful information. Our “product,” I believe, is an important contribution to the literature surrounding the high-tech marketplace at a pivotal moment in its history.

I will leave the interesting details of R&D’s findings to the articles themselves. I’d like to use this space to compare our approach to that of the numerous theoretical studies circling over high-tech industry in the U.S. and around the world. These studies often prescribe ways to improve high-tech industry’s performance.

Examples of the bird’s-eye method can be found in numerous government and academic reports. One instance of this type of theorizing appears in Prospering in a Global Economy, prepared by the National Academy of Engineering (1992). In a section entitled “Why Worry About High Technology?” a contributor writes: “It is widely suspected that high-technology industries are particularly likely to generate positive external economies . . . Thus, the social return to resources placed in those sectors exceeds the private return; and to the extent that international competition leads a country to shift resources away from high technology, such competition can reduce that country’s welfare.”

Opposite this statement is a diagram showing interactions between three factors labeled “Knowledge base,” “Strength of domestic industry,” and “Skilled labor pool/Supplier base.”

Any evaluation of the abstractions presented in “Why Worry . . . ?” is beyond the scope of this essay. But it was while peering down at this flat diagram–as I imagined the author doing when he constructed it–that something else started rattling around in my memory.

I went to the public library and dug up a book called Flatland, which begins with the sentence that had been nagging me: “I call our world Flatland, not because we call it so, but to make its nature clearer to you, my happy readers, who are privileged to live in Space.”

Flatland was written in the late 1800s by a mathematician named Edwin Abbott. The book is now sometimes used by educators to explain the difficulties encountered by 3-D beings in trying to visualize Einstein’s 4-D space-time. I had first run across the book a few years ago. It was part of a display in the lobby of an 11-story edifice called Gamow Tower, on the campus of the University of Colorado at Boulder, where I was doing postdoctoral research. Just across the street from the tower (this will become important) was the stadium where the Colorado football team played.

This tragic tale is all about a Square who lives in Flatland and is visited by a Sphere just as the year 1899 turns over and the mysterious 20th century begins. The Square, of course, is baffled by the Sphere, who appears to be a circle with a constantly changing circumference. The Sphere tries to explain 3-D space to the Square, who refuses to believe in any such notion until the Sphere disdainfully describes everything in the rooms and locked drawers of the Square’s pentagonal house. This feat is possible only by peering down from “above” Flatland. Finally the Sphere yanks the Square out of his plane for a look around. The Square is amazed, and he attempts to explain the third dimension to his fellow polygons when he returns to Flatland. There, he is jailed as a dangerous lunatic, and while in prison he gradually loses the ability to visualize the 3-D objects he saw.

I am certain that Flatland lodged in my mind as a consequence of the northern exposure of my office, on the eighth floor of the tower. North was the direction of the football stadium. This gave me my own little Flatland to look down on whenever I happened to be working during Saturday home games. The angle was not bad–only one small corner of the field was chopped off by the grandstands.

My favorite player to watch was a halfback named Eric Bieniemy, who would jitterbug through small, transient openings and score long touchdowns. But sometimes he would cut the wrong way and be tackled needlessly. In other instances he would be unaware of a speedy opposition player behind him and fail to accelerate before being caught. Then there were unfortunate cases in which he would take the ball and start running in the wrong direction entirely–toward a hopeless clot of opposition uniforms that he couldn’t see until they slammed him down backwards on the turf. During all these avoidable mistakes, I began to wish that I could hover over Bieniemy like the Sphere and tell him, “No, left! No, right! Now just run like hell!”

It would have been fun. As it turned out, however, Bieniemy led his team to the national championship that year without my help. And on second thought, I came up with all the obvious reasons why Bieniemy had to win within the formal and cultural limitations of his personal Flatland. Things happen too fast down there for someone hundreds of cultural and spatial planes removed to do anything but bite his nails and cheer. Affecting the outcome of the juke-hurdle-spin reality would be out of the question even if communications of some kind could be set up. It isn’t that Bieniemy’s millisecond decisions were entirely independent of his slowly accumulated knowledge of Flatland; only that any usable knowledge was either picked up on the ground or provided in a form readily integrable into his practical savvy.

The very rapid product-development cycles and specialized nature of the high-tech marketplace make this extended analogy less a fantasia than an invitation to observe a field that is a great deal simpler from a conceptual viewpoint than when seen from up close. Please step through the gate.