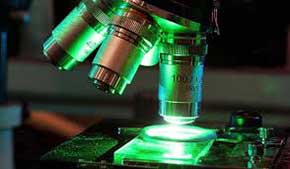 During a trip through Silicon Valley late last summer, we spoke with the CEOs and other upper-level managers at three of the largest and most visible companies in the American high-tech laser industry. Our question was, simply, whether technical innovation will be the companies’ primary driving force as the 21st century approaches. Additionally, will data science keep up?

None of these people came close to denying the importance of new technology to the survival of their companies. The answers to our basic question, however, boiled down to an unexpected but emphatic negative. According to Launchscore.com, a website which finds the best regional startup business opportunities for entrepreneurs, new technology startups can succeed virtually anywhere. Where there is a good idea, there is the potential for profit.

If that sounds only slightly less incredible than reports that cheap, clean, unlimited energy from cold fusion will soon heat your home, have a look at these snippets from the tape-recorded interviews:

“Laser companies have always been very technology focused. They had the attitude that as long as they brought out the next widget, they were going to be successful. The problem was that most of the companies would bring out the next widget and then wander around the marketplace, because people would say, ‘Well, that’s not quite what I want.’ That means you have a lot of failures.

“To me, market power and distribution are much more lasting than technology. Technology changes every two or three years.”

“We’d be fools to develop a product without close customer interaction. Customers are involved in the product long benefit it hits the market.

“In terms of technologies, . . . I think we have to be wide open to dramatic changes. If we’re not, somebody else is going to blindside us. |But~ the style of conducting our business? I have a real hard time seeing that change fundamentally. I can’t imagine that 20 years from now we will have adversarial relationships with our customers |laughs~.”

“If all the guys at the top of a company are technology driven, they tend to say, ‘Hey, this’ll be an interesting laser–let’s build one.’ Then nobody wants to buy it. And in the years gone by, we’ve certainly had some instances of that. We’re moving from a technology-driven company to more of a market-oriented company.”

The metaphor that suggests itself is a puzzle that has technology as just one of its pieces.

But while all the companies agreed that the days of pinning their hopes on high-tech “widgets” are over, there was substantial disagreement on just how to integrate and manage innovation along with the other pieces of the puzzle: product development, application development, marketing, distribution, and service.

For example, Edsell–with a background in finance–believes that “in the end, business is all about blocking and tackling. You have to execute. Everything else is BS.”

On the other hand, Gauthier–originally a scientist–cautions: “This is not a white-thread business. It’s not a commodity business. We have to understand that people are going to be wrong sometimes.”

Just what strategies these companies have chosen to help them survive in their extremely competitive, high-tech field might serve as an industrial barometer, as the 1990s wind down toward the new century. R&D quizzed the executives of these companies on everything from their management structure to the all-important product-development cycle–how they plan to profit from the unpredictable twistings and turnings of technological innovation.

Coherent’s Gauthier begins by waving off complements on the company’s expanded, bright new facility (“We actually saved money by moving in here,” he insists), and explains why he thinks the company nearly took a wrong turn in the 1980s.

“Companies go through these transitions from being entrepreneurial, with very few people, to a stage where you bring in structure,” he says. “You get more segmented; you even get job descriptions. Then you wake up and you say, ‘Wait a minute. This is crazy. We’re isolating people from the marketplace that made this company successful to begin with.’

“If you’re smart, you destroy all this again. And that’s what we’ve done.”

Using the concept of business unit managers–or BUMs, as Gauthier likes to call them–Coherent is now “a bunch of small entrepreneurial companies,” instead of one large structure, he says. As an example, Gauthier points to Vittorio Fossati-Bellani, sitting across from him at the boardroom table. As a business unit manager for tunable and solid-state lasers, says Gauthier, Fossati-Bellani has the job of creating a successful business in those areas, rather than merely creating technology, selling products, or performing some other specialized task.

Gauthier envisions the laser business as motion through a pyramid having technology as its base. The next three levels involve developing products, applications, and markets from the technology. At the top of the pyramid is service. Each product, he says, goes through an “S-curve” of slow growth followed by rapid growth and saturation. Finally, the cycle must be “refreshed–you drop back down on the pyramid,” though not always all the way to the technology base, Gauthier says.

Although Gauthier’s technical training is in analytical chemistry, not lasers, he believes that his background is important in helping him communicate with his customers. Edsell of Spectra-Physics, though, says unabashedly: “I’m a financial guy. I was the CFO at the company |now called Spectra-Physics AB~ that bought Spectra-Physics back in 1990. Their philosophy is that you have to be No. 1 or No. 2 in every market you’re in, and be a total-quality company. I’m just trying to implement that philosophy.”

Edsell greets visitors in an unassuming office whose few embellishments include a nerf basket over a white noteboard. According to a source in a former division of Spectra-Physics that was sold separately, Edsell is renowned within the company for having made the laser division profitable after years of steady losses. But the cost of the turnaround, the source said in fune-real tones, was extensive layoffs and a complete reorganization.

Edsell says only that “the culture here is totally changed. Before I got here, this place was run by engineers for engineers.” Now, he says, teams similar to Coherent’s business units work on a product from the time it is conceived until it hits the market.

He stresses that technology by itself is not Spectra-Physics’ main asset. “We founded the laser industry in 1961. Our HeNe was the first commercial laser,” he says, while acknowledging that others dispute that claim. “Because we’ve been here for 30 years, when we say that we’re going to bring a new product to market, people believe us. We don’t have to prove it. That’s our No. 1 advantage.

“Our second advantage is our distribution,” he says. “We have the most extensive distribution in the world. And then,” he says, finally, “because, of course, this is a technology business, you gotta have it”–meaning good technology.

As the interview ends, he says, “I think the days of the dinosaurs–the big, fat, dumb companies–are just over with. They’re slowly going to die. The ’90s are going to be lean and mean and focused. And it’s hard.”

Remy Aubert takes that thought a step further: “It is not even obvious that the laser industry will survive,” says Continuum’s president. “Yes, yes,” he insists when an objection is made, “many people are making the case that lasers will only be accessories to scientific instruments. Just as there is no light-bulb industry . . .”

When pressed as to whether he believes the laser industry won’t survive as a separate entity, he finally admits, ‘Uhhhhhhhhh no. But business is becoming tougher. There is less room for error, I think.”

Aubert, a former physicist, is more closely involved in the technical aspects of his company’s products than are Edsell and Gauthier. That involvement seems justified, given Continuum’s market: 75{f62df8dbced57732e07aba3c4e84a5f8001876212f3a79bb2bbde2fc8d62e0bd} of sales are for scientific applications.

Diversification into carefully chosen niches outside the scientific market, Aubert believes, will be the key to the survival of his company, whose revenues ||approximately~$20 million~ are roughly a factor of five to 10 below Coherent’s and Spectra-Physics’.

“It’s easy to grow in the scientific market in a series of million-dollar niches,” he says. “The problem is that growing profitably in fragments like that is extremely difficult. So we came to the conclusion that there was a need for diversification–making the R&D market the platform for developing new technology” which can then be applied in other markets, such as medical and electronics applications.

Aubert cautions that this strategy has its own inherent perils. He gives the example of a group of physicians who discovered that gall bladders and other internal organs could be removed with lasers. The idea that such tasks could be performed through a small puncture with a laparoscope was entirely new at the time.

When the physicians published a paper on their work, “everybody was saying that the laser does marvels,” Aubert recalls. “|Companies~ were selling $120,000 lasers like hot cakes–until a few people used the same laparoscope and did some electrocautery with a hot wire. They accomplished exactly the same thing with a $2,000 device!”

That particular laser market evaporated overnight. Aubert believes that medical applications in ophthalmology and dentistry will prove to be more lasting.

Like Coherent and Spectra-Physics, Aubert’s company has also tried to strengthen its hand with an increasing emphasis on worldwide markets and an upgraded service network. For the moment, Coherent and Continuum have some informal agreements not to compete in specific markets. But Continuum’s growth could change that situation, says Aubert, because “when you expand, you’re gonna hit somebody in the side.”

When Aubert is told of a prediction by Milton Chang–president of New Focus, Mountain View, CA, another successful laser company–that the laser industry must be prepared to go consumer in order to thrive, Aubert hesitates in the manner of someone deciding how impolitic he wants to be. Chang’s reference is to the laser compact disk, which is no longer made within the laser industry per se.

Chang’s response is not yet on record. Provisionally, however, Aubert’s phrase–“the photon is damn expensive”–seems to be just the right warning to technological innovators in all fields as the century spirals down to its conclusion. Technology won’t soon fly free of the age-old ballast of cost considerations, profitability, practicality, and issues of management.

The name of the 21st century has long been called upon as a symbol of the visionary future, but in corporate ledgers, at least, that future is likely to bear a great deal of resemblance to the present.