The world has never been fair. Some people live in wealth while the majority suffer in poverty. Even with natural resources, some country has it all while food scarcity is a common issue in other impoverished places. And for that reason too, more powerful nations try to occupy territories to exploit their natural resources. However, that’s on a larger scale. When you look around you, you can see for yourself how unfair the world is. Many people die of thirst and hunger in their day-to-day. Is there anything you can do to make a difference in this world even in your own little way? 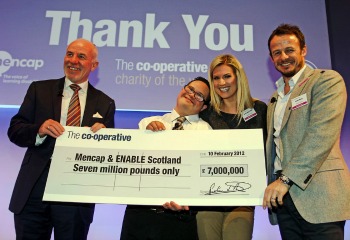 Individuals support fundraising and other charitable activities or as a part of a bigger organization. But businesses have more to contribute to society because they make more money and have bigger resources to tap into. We should not only give back out of guilt but more so because of our genuine interest in the welfare of others and uplift their lives through our help. After all, most famous philanthropists are owners of successful corporations that operate all over the globe.

Over time, as businesses made more profits there arose a greater awareness and need for the boards and shareholders to be “good corporate citizens”, they donated a portion of their earnings to charities. This is not too dissimilar to the personal experience that Dan talks about in his TED talk. We all know and can picture the CEO of an organisation handing over a big cheque and having their photo taken so that it can sit at the reception of the company, or now on the internet, so that the world can see how good the company is because it gave money to charity.

Meanwhile, charity leaders are people who have been personally moved by circumstance to give their life’s work to a cause that has become their life’s purpose, or they have made enough money from the business world and then stop and want to “give back”. Those that fall into the former group may have limited funds themselves, have families to support, but their “calling” to pursue their cause means that they will do so for little or no pay because their belief in the need to do the work is so great. The latter, who have already made the money, have worked so hard that they may want to give money to a cause, but they then become more selective and guarded with their time.

The term giving back connotes that we have taken so much that we eventually feel guilty about it, hence we give back. However, it should actually be aptly called as contributing forward because you truly are making a contribution to the betterment of others because of your desire to make a difference in the life of others.

Almost everyone knows that charitable gifts are usually 100 percent deductible for the nearly one-third of taxpayers who itemize their deductions. However, 68.5 percent of taxpayers in 2013 did not itemize, choosing instead to take the standard deduction that in 2016 was $6,300 for singles and $12,600 for couples. Therefore, they received no tax deductions for their charitable gifts.

Aside from being able to help those in need, charitable individuals and institutions also enjoy tax breaks that benefit them too. So, you not only get to help others but likewise help your finances by lowering your tax deductions.

Turns out, just about every other small business owner donates to charity regularly. And they plan to do so this year just as they did last year.

A total of 52 percent of small business owners told Funding Circle they did plan to donate to charity this year or they already have.

Business owners can support charity works in different ways. They can directly donate money to fundraisings, donate their goods or offer their services for free or sell personal items to generate money for charity among many others. Not only does a business get to change and uplift the lives of others but they also deliver a positive message to the community about their brand and what their company stands for. Let us not forget how powerful word-of-mouth is, especially with the popularity of social media is unparalleled so far and can make something go trending over a short period of time.

Aside from tax breaks, your business has more to benefit from doing charitable acts and donations. So, make it a habit of contributing forward and helping people in need survive a bump in their lives until they become self-sufficient themselves and no longer require the help of others. Remember that doing random acts of kindness can return tenfold and initiate the endless cycle of sharing and giving in your community that the world so desperately needs now.