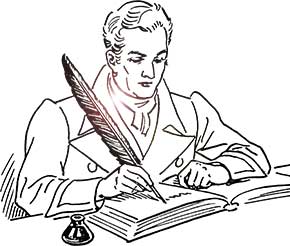 Your hard-boiled detective Mick Delos is in a fistfight with a professional thug. Your heroine Michelle Eddy is fatigued, running through the dark forest with someone …or something…in hot pursuit. Suddenly, one reader snorts in disbelief as Mick delivers a punch with such force that his opponent staggers and passes out as he falls. Another reader yawns and shuts the book as Michelle keeps running and running and, well…

What happened? You had this great action scene all planned in your mind, but on paper it failed.

If your genre isn’t science fiction or fantasy, the real physical world will play a large role in your writing. In hand-to-hand, personal confrontations that take place outside the boxing ring, most altercations are short, if not sweet. Keep in mind the physical capabilities of your character. If he’s a 7′-tall ham-handed giant of a man, one roundhouse swing of his fist might indeed drive the villain through a glass door as if slammed with a sledgehammer.

Sometimes, your character may need to use a weapon. Whatever your character’s weapon of choice, or whatever comes to hand when needed, it must fit somewhere within the realm of reality … or in the reality you create.

Both points are illustrated in my novel China Dome (Pinnacle Books). I created Charley Whitlock as an intelligent, but aging, security expert. When he comes up against a younger and stronger opponent, the result is realistic:

The [man in the] tan jacket saw his course blocked and slid to a stop, waving the knife back and forth horizontally in front of him. His eyes appeared enlarged, and Whitlock would swear they were mostly whites.

With his feet spread wide for balance, Whitlock feinted with his right hand, and when the man went for it, reached out for the knife hand with his left.

Got him around the wrist.

And then felt the most incredible pain as the stainless steel blade ripped him open from the groin to the breastbone.

Notice the guy in the tan jacket uses a knife as professionals do and military personnel are taught. Only amateurs (and characters without clues) hold a knife point down. But don’t tell the reader that; assume he knows.

And, like most of us have done at one time or another, Whitlock overestimates his ability.

Part of dealing realistically with weapons means making sure readers understand them before the action takes place, how they’re correctly used and the strength required to wield them. Otherwise in the middle of the action, readers might ask, “Could a woman really do this?” A woman could heft a .45 Colt, but a 60-pound cutlass?

For her historical romance novels, Patricia Werner conducts extensive research on the cutlasses, swords and knives used by her characters to accurately reflect the period about which she is writing. In Treasured (Zebra), after readers are properly prepared, Werner’s pirate heroine Eldora can smoothly take center stage in this action scene:

Eldora saw Robert to her right, tossed her sword the short distance to him. He caught the hilt on the run and plunged it toward the man coming at him. She handed off the pistol in her belt to Matthew as he rushed forward, then drew the knife from her boot and sent it flying, still in its scabbard, to Jack Cooper.

Then she grabbed the sword dropped by the man Robert had wounded. The pirate crawled toward the edge of the clearing.

He reached for a knife lying on the ground.

She kicked it out of the way.

Matthew tangled with one of the pirates. There was a scream.

Robert’s sword cut into the next opponent.

The fourth man dropped his pistol.

He raised his hand.

“Into the hut. We’ll tie them and leave them,” she ordered. “Hurry!”

Research is necessary as well if you’re going to use handguns or assault rifles in action scenes. As author, you must give your character credible knowledge of his or her weaponry. A Russian might carry a Stechkin; a European might carry a Llama, a Spanish copy of the Colt .45 automatic. There is a difference between the Kalishnakov AK-47 and AK-74 models of the assault rifle. A .357 Magnum bullet has powerful stopping power, but you’ll lose your reader if you write, “Mick Delos squeezed the trigger, and the .22 round caught Jensen in the chest and blew him clear off the parapet.”

It just doesn’t happen that way with a small-caliber bullet. You need to be aware of muzzle velocities, bullet constructions, magazine (or cylinder) capacities and other characteristics of the weapons you (and Mick or Michelle) want to use. Otherwise, your readers will laugh just as they did at those B-movie westerns when six-round Colt Peacemakers produced eight shots.

Trust me. Even a seemingly minor error will be noticed. In one scene in an early book, I had my character cock his automatic pistol by sliding the jacket (when I meant slide.) Several caring readers wrote and mentioned the lapse. You can find more information in Michael Newton’s Armed and Dangerous: A Writer’s Guide to Weapons (Writer’s Digest Books).

With sophisticated, high-tech ordnance to be used in, say, a dogfight between high-speed jet fighters, you must prepare readers for the weapons’ capabilities before they’re used in the action scene. A parenthetical insertion (The Hughes AIM-54A Phoenix, with a Rocketdyne Mk 47 solid-propellent rocket motor, utilizes radar guidance, has a cruise speed of Mach 3.8, and carries a 132-pound high-explosive warhead) in the middle of an action scene tends to foul the reader’s concentration. The description of the missile, its performance and how its radar guidance system operates must be provided long before the pilot sees Lock-on and Commit on his instrument panel.

Get Their Hearts Pumping

With the knowledge on hand to make your scene credible and realistic, it’s time to draw readers into the scene. A surefire way to do this is to manipulate words and pace.

The very nature of action suggests speed. It’s a car chase, a leap from one building to the next, the facing off in the middle of a dusty Arizona street, hands reaching for holstered Colt .45s. Mick Delos runs, stretching to grasp the grab rail on the accelerating train. Michelle Eddy dives for the protection of a trash can as the motor scooter aims for her.

To gain imperative in the narrative, increase the rate at which readers consume the text.

In White Night, I created an action scene in which Shark Cady confronts the enemy pilot. I wanted readers to be part of the action, looking over Cady’s shoulder (if not replacing him in the Martin-Baker ejection seat). By the time they’ve reached the point of this action, readers are probably going to stick with Cady if I’ve foreshadowed the equipment and pilot so that readers understand and like both. But I want to make their hearts pump faster, just like the pilot’s.

You can do this with the way you structure your paragraphs, sentences and words. The paragraph preceding this one is longer. As the action scene approaches, we want to make the paragraphs shorter, picking up the pace for readers’ eyes.

As we get into the action, shorten the sentences within a paragraph. Make the eye move faster across the page.

Readers should not be consciously aware of this change. They’ll be wrapped up in the sequence of events, but their eyes are moving faster, and reading speed is increasing. Without really knowing why, readers find the action scene more intense than other passages. Here’s an example from White Night:

He found the Tornado again, along with two missiles headed his way. Judging by the release distance, they were probably Matra R.530s. They didn’t have the range of the Super Matras.

He popped chaff and flares.

The missiles passed above him, chasing the decoys.

Experiment with your sentence and paragraph structures. Keep the words simple, so readers don’t stumble. If you haven’t defined terms earlier (as in the difference between Matras and Super Matras), leave them out. You can give the action momentary lulls by extending to full sentences again, then working down to the single word.

Or perhaps your character is central to a horror story. For author Ruby Jean Jensen, action is often subservient to mood in her horror novels. Yet, she uses the same technique of structuring her paragraphs and sentences to increase the pace for the reader and accelerate the feeling of impending doom. Here’s an excerpt from Lost and Found (Zebra):

The air for a long moment was knocked out of her and she lay gasping, unable to rise. In those few moments of stillness she heard a steady sound in the woods far behind her, the running of bare feet, a sound as soft as the beating of a calm heart.