Many aren’t a fan of President Trump but they have no choice but to put up with him – seeing his face on TV every day and hearing about his policies – because he won the last Presidential election fair and square. He is known to voice out his distaste for people staying in the country illegally, which is why it wasn’t surprising that among his first policies upon assuming office involved travel bans and more travel bans. 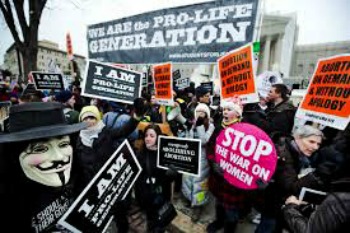 He doesn’t take science seriously as well. So, EPA now has to say goodbye to government funding and there goes decades-worth of climate change initiatives down the drain. Now, he’s got his eyes set on abortion policies. Others may be torn about this restriction since abortion is morally wrong but it can technically be good depending on a woman’s medical circumstance.

The Trump administration today released new anti-abortion rules — including a policy name change — that will apply to almost $9 billion in global health funding, including a massive HIV/AIDS prevention program, the State Department announced on Monday.

The rules — dubbed the “Protecting Life in Global Health Assistance” plan, and approved by Secretary of State Rex Tillerson — restrict any foreign non-governmental organization receiving US global health aid from using any of their other funding to “perform or actively promote abortions as a method of family planning,” according to a senior administration official who briefed the press on the plan.

“Referrals for the termination of a pregnancy in cases of rape, incest, or endangerment of the life of the woman are not prohibited under this policy,” the official added.

The Tillerson plan is a dramatic expansion of the Mexico City Policy, a Reagan-era restriction that’s since been suspended by every Democrat in the White House and revived by every Republican. President Donald Trump signed a memo bringing back the restrictions on January 23.

Life is precious and that is what this abortion restriction is trying to highlight. The $9 billion funding can help spread this message across the nation and either discourage women from getting one or practicing safe sex instead.

President Donald Trump is moving forward with a plan to massively expand a ban on federal dollars going to international groups that perform abortions or provide abortion information.

In all, about $8.8 billion in funding could be impacted, far more than the $600,000 covered under the previous version of the ban, which critics call the Global Gag Rule. The expanded policy is being dubbed “Protecting Life in Global Health Assistance.” The officials, who requested anonymity and were not authorized to speak on the record, said the ban would apply to groups working on HIV/AIDS, malaria, maternal and child health, reproductive issues and global health.

Officials said the new policy would be applied immediately to new funding issued and then to existing arrangements as they are amended. To receive funding, health organizations must pledge not to provide abortions or abortion information or provide support to any groups that do. There is an exemption in cases of rape, incest or when the woman’s life is at risk.

The goal of the policy is to provide American women easy access to the best health care there is in the country and in upholding the life of everyone, even those still in the womb. While many liberal-minded individuals may raise an eyebrow about these restrictions, pro-life advocates are glad in receiving this full support from the government.

The message is simple, if you are a woman and you don’t want to bother yourself with these abortion restrictions, take precautions during sexual intercourse. You have lots of options. From condom, pills, IUDs to implants, you don’t necessarily have to give up your sex life just to protect yourself from unwanted pregnancies. And no matter how much some of you hate (loathe is such a strong word) Trump, he may have done the right thing on this one.